Eli~
I found your blog when I stumbled upon some old e-mails from Josue. Your journey and spirit and love for your new people are beautiful. I don't know how long you have been in Morocco, or how long you plan to stay. Know that whenever you return to the Americas, you're welcome to visit Pittsburgh and tell your stories. I still think of you fondly. Love, Renee 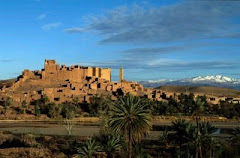